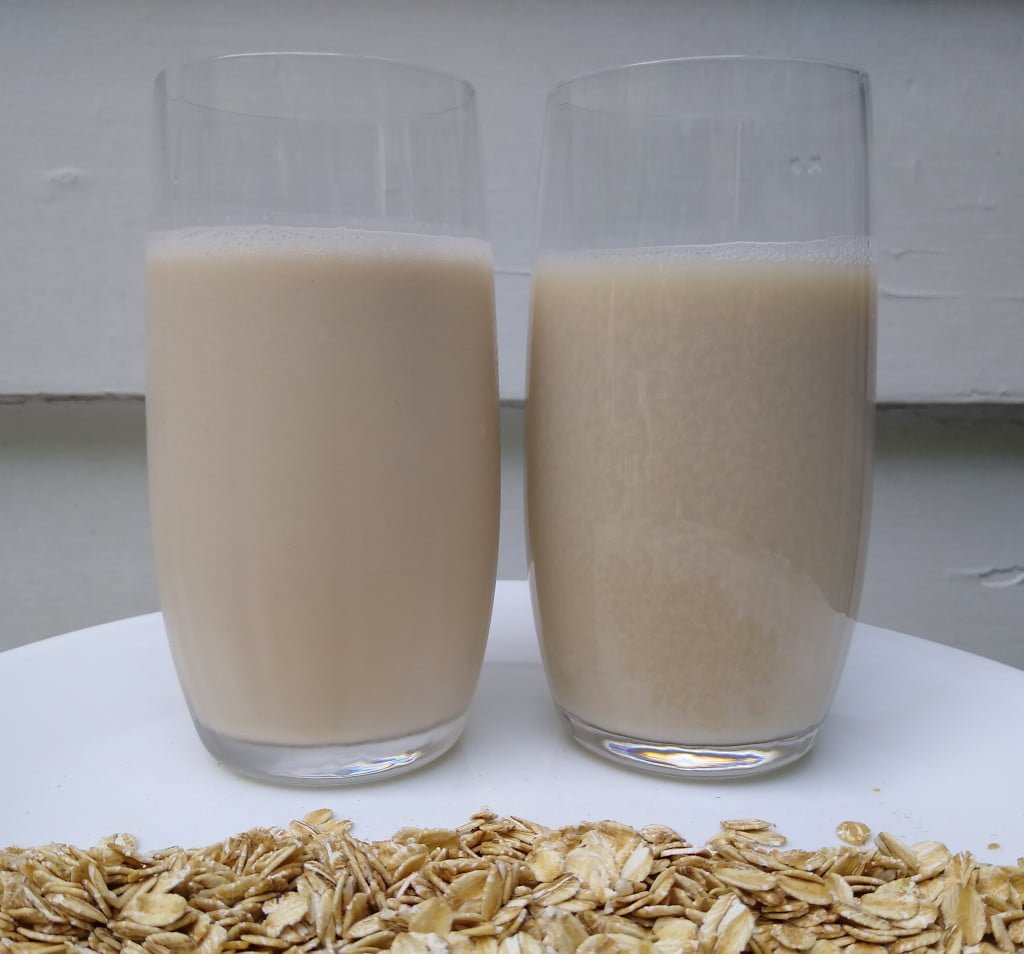 My interest in milk alternatives was piqued after watching a video on the Timothy Keller Vandweller YouTube channel about two years ago. I wasn’t interested in replacing milk with a milk alternative, but I thought I might be able to save some money by buying less milk. At that time I was buying organic lactose free milk which has become quite expensive. I made it a point to check out the milk alternative offerings the next few times I went grocery shopping.

I was surprised by the variety of milk alternative offerings. I thought there was only soy and almond milk alternatives, but I also discovered hemp, cashew, rice, oat, and banana. The pricing for some of the milk alternatives was quite expensive in my opinion; some were $4.99 per half gallon. The other thing I noticed was that the majority of them contained some kind of gum; e.g. carageenan, gellan, locust bean, xanthan, etc. Additionally, most of the milk alternatives had added nutrients (vitamins and calcium) and most or all of them also contained preservatives.

I did a little bit of research about some of the gums I saw on the milk alternative ingredient lists and found out that they can change the microbiome (bacteria) in your gut. I don’t know if that’s a good thing or a bad thing, but it didn’t give me warm fuzzies. Soon thereafter, I lost interest in milk alternatives.

My interest in milk alternatives was rekindled sometime in 2020 when I read a comment that mentioned making your own oat beverage at home on a YouTube video I watched. Yes, I call milk alternatives beverages and not milk. Milk comes from animals, not plants. Anyway, the comment got my brain neuron synapses to start connecting and I concluded that homemade oat beverage was the solution to avoiding the added gums, nutrients, and preservatives in the milk alternatives offered in the grocery stores.

A few weeks ago, I looked up oat beverage (search term oat milk) recipes on the Internet and found one that I thought was a good one. I recorded the recipe in my Food Info, Tips & Recipes database that I initially created using Treepad and then converted to Emacs Org mode.

I then proceeded to research reasonably priced blenders on Amazon. The author of the oat beverage recipe I found recommended Vitamix, but that brand is quite pricey. I found a blender offered by another manufacturer that was more reasonable and added it to one of my Amazon wishlists.

I don’t have a lot of money, so I was hesitant to spend money on a blender just to make an oat beverage. Therefore, I thought I should try an oat beverage from the grocery store to see what it tastes like before I made the investment in a blender.

Once again I looked at the offerings at both Wegmans and Whole Foods Market and as before, all of them contained some kind of gum and none of them were sweetened. I don’t think I would like an unsweetened oat beverage. Yes, I could probably add sugar to a glass, but that’s a bit of a pain. I also really didn’t want to purchase a half gallon of the stuff in case I didn’t like it.

A few weeks ago, I was shopping for a few things at Wegmans and I was in one of the isles that contained shelf stable milk alternatives. I found a quart-size brand of oat beverage made by a company called Elmhurst. Elmhurst oat beverage (called milked oats) contains only five ingredients and comes in a few varieties. I chose the sweetened variety.

The cost of Elmhurst oat beverage is expensive. I paid $4.99 for a quart at Wegmans. However, the expense was acceptable to me because it would be a one time purchase, the oat beverage was sweetened, and the oat beverage didn’t contain any gum, preservatives, or added nutrients. The oat beverage being shelf stable was an additional benefit.

The week following my purchase, I placed the Elmhurst oat beverage in the refrigerator and opened it up two or three days later. I poured about four ounces into a small glass. The oat beverage looked like chocolate skim milk or a very weak coffee with cream. I took a few sips and was very surprised by the taste; I actually liked it. My other concern with consuming oat beverage is that it would cause flatulence. I get flatulence when I eat rolled oats and sometimes when I eat steel cut oats. I did experience some flatulence, but it was very mild.

After writing the draft of this post, I ended up purchasing the blender on my Amazon wishlist as well as three nut beverage bags and two Rubbermaid leak-proof half gallon carafes. I can’t wait to make my own oat beverage.

I read about separation when researching oat beverage recipes, but recipe authors said just to give the container a shake before use. Shaking the container works to remix the beverage, but it quickly separates again, even in a bowl of cereal. Therefore, I set out on an Internet search project to see if there was a way to prevent separation.

I was elated when I came across a post by Sarah Bassett who provided details on a couple of additional ingredients that were supposed to prevent separation. The recipe called for the addition of 1 tsp each of coconut oil and lecithin. Initially, I followed the amount guidelines using virgin coconut oil and sunflower lecithin. I didn’t think about it at the time, but virgin coconut oil solidifies at temperatures below 76 degrees fahrenheit.

I still experienced separation and decided to increase the amounts to 1 Tbsp each of virgin coconut oil and sunflower lecithin. The oat beverage still separated.

When it dawned on me that virgin coconut oil wasn’t the ideal oil to use, I decided to use avocado oil. I used 1 Tbsp each of avocado oil and sunflower lecithin. The result…separation.

During additional research on preventing separation, I came across a recipe that suggested blending the oats and water first, straining and squeezing out the resulting liquid, then placing the liquid back into the blender and adding a sweetener, vanilla, etc. if desired. That seemed to make sense because initially mixing everything together meant that the oat pulp probably absorbed some of the other ingredients. Unfortunately, the finished product still separated.

I don’t give up easily so I decided to increase the amounts to 2 Tbsp each of avocado oil and sunflower lecithin. I still experienced separation.

However, I liked the mouthfeel of the final recipe version, so I’ve stuck with using the aforementioned amounts of avocado oil and sunflower lecithin. The downside of the additional ingredients is that I’m not saving as much money as I was with the original recipe.

The Ninja blender I purchased works great. I don’t think I sacrificed at all by not buying a Vitamix and I saved at least $100+. The Ellie’s Best nut beverage bags work well at straining the oat pulp from the oat beverage.

It takes longer than I expected to make oat beverage. It usually takes me an hour to make a half gallon, including a little bit of cleanup. I have found it best to remove as much of the oat pulp from the nut beverage bag using a spoon as soon as possible after making oat beverage. Rinsing the nut beverage bag after removing the oat pulp and after turning the bag inside out also helps make washing the bag much easier and quicker.

I’ve tried to think of another method of straining the oat pulp. I wondered if paper coffee filters might work, but I later thought that the paper filters wouldn’t hold up to being squeezed. I read a comment on another post during my subsequent research on making oat beverage where a reader recommended using a French press. I looked up prices for French presses on Amazon and I don’t feel like paying the extra money only to find out that it’s not an acceptable alternative. I also wasn’t able to find one that can hold a half gallon of liquid. There would also be the additional cost of buying replacement filter screens for the French press. I’ve decided that for now, I’ll stick with using the nut milk bags.

Initially, I didn’t like the idea of just throwing the oat pulp into the trash can because I hate to waste food. I tried making oatmeal out of the oat pulp and I didn’t care for the result. Sarah Bassett, who posted information about preventing separation, also has a couple of recipes that call for the use of oat pulp. I tried the Oat Pulp Banana Bread Rolls recipe and really liked it, but rolling the balls by hand was messy. I felt like a kid making mud pies. All of Sarah’s recipes only call for using 1/3 cup of oat pulp, so I’d have to make a lot to use up all of the oat pulp.

I read a comment on another post where a reader stated she made pancakes out of the leftover oat pulp. Based on my experience with Sarah Bassett’s Oat Pulp Banana Bread Rolls recipe, hand forming a pancake from oat pulp doesn’t appeal to me.

I like the idea of composting oat pulp, but I’m not interested in spending the time raising worms and I worry about attracting rodents if I compost the oat pulp in my outdoor compost bins. Therefore, I’ve finally come to the conclusion that I’ll just dispose of the oat pulp into the trash can from now on.

A few months back, I decided to stop adding avocado oil and sunflower lecithin when making oat beverage. Since neither ingredient helped with separation, I decided the extra expense and effort of adding both ingredients wasn’t worth adding them. I also experienced sporadic indigestion when consuming oat beverage that included avocado oil and sunflower lecithin.

One more thing…after much trial and error and reading many other oat beverage recipes, I’ve came up with my own recipe. However, I will save that for a future post. 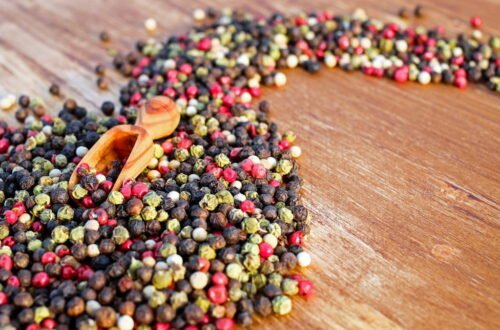 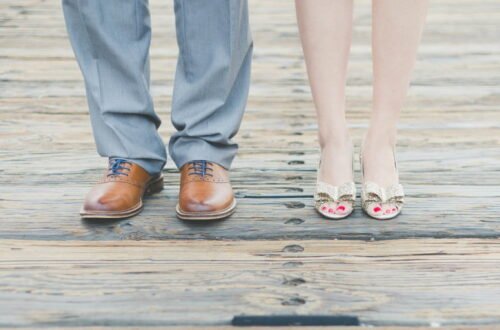 Bunions and Bunionettes…Could It Be Your Footwear? 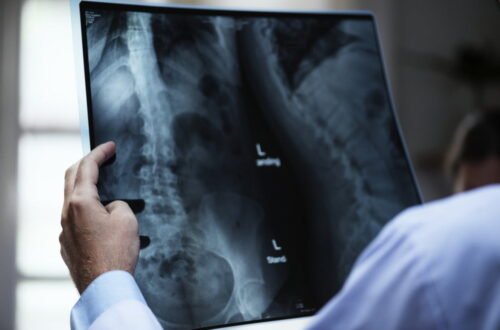 Devices & Resources for Back Pain or Spine Issues