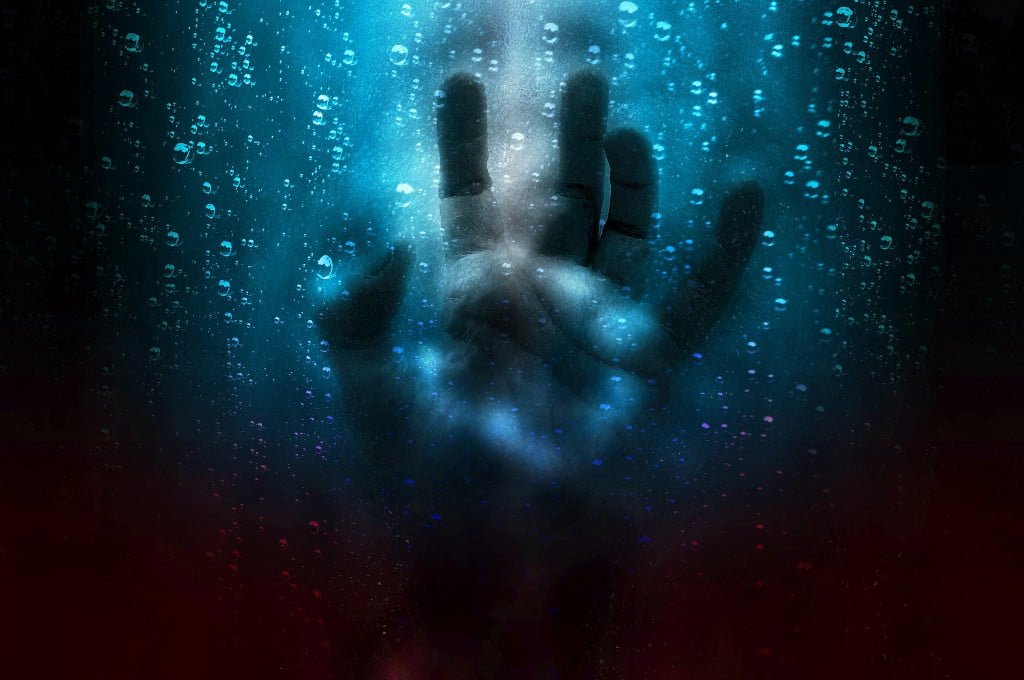 Shortly after landing my accounting job, I purchased a new Mazda Protege sedan that came with a manual transmission. I began experiencing very excruciating pain in the palm of my right hand sometimes when I grabbed and pushed the top of the stick shift to switch gears in the spring of 1993. I asked my supervisor at the time if he knew what it might be and he didn’t have any idea. I eventually began using the meaty part of the palm of my right hand when I used the stick shift to avoid provoking pain in the palm of my hand.

Shortly before landing my job in accounting, I commenced taking college courses again to finally work on finishing my bachelor’s degree. Therefore, I was using the computer at work, which included frequent overtime, as well as for school work. I began experiencing pain in my wrists shortly after starting a new position in accounts receivable within the same company in 1995. I did some research and learned about the Dvorak keyboard layout and how it might alleviate wrist injury, also known as carpal tunnel syndrome.

After about two or three months of usage, I became quite proficient using the Dvorak keyboard layout and my typing speed soon returned. I gradually increased my typing speed a little bit as well. The pain in my wrists went away.

In 1997 I decided to change careers and try computer programming. I used Microsoft Excel macros to automate some of my accounts receivable invoice creation duties and found that I enjoyed creating macros. I also took one BASIC and one COBOL programming class years earlier as electives for my two year business degree at a community college in my home town.

In the summer of 1997, I landed my first job as a Lotus Notes/Domino programmer. About a year and a half later, I was hired for a job as a Lotus Notes/Domino programmer with a small consulting company. In 2000, an opportunity within the company became available for a project on a DOD (Department of Defense) contract and I accepted the position. The new position resulted in quite a bit more programming work than I had done previously. Along with the episodic pain in my right palm, I also began experiencing sporadic pain in my fingers when tying the laces of my shoes when I got ready to commute to work in the morning.

During an exam for supplemental disability insurance through my company, I told the examining nurse about the pain in my hands and I asked him if he knew what it might be. The nurse stated that it sounded like inflammation, which was a somewhat nebulous diagnosis. Inflammation caused by what and what exactly is the condition called?

My right elbow began bothering me a few years later, possibly due to all of the mousing I did at work and at home. I decided to switch to a trackball device since that was a stationary computer pointing device. I purchased a Logitech Trackman Wheel Optical and then later purchased a Logitech Wireless M570 trackball when the gel grip on the right side of the Logitech Trackman Wheel Optical wore out.

Although not as precise as a mouse, using the trackball pointing device quickly alleviated my elbow discomfort.

Eventually, all of the trackball rolling with my right thumb while using the Logitech trackball devices took its toll. In 2015, I was using a bath towel to wipe myself off after bathing and when I grabbed the towel by the opposite ends to wipe my back off, I experienced wicked pain in my right thumb knuckle. I quickly discerned that the pain was probably due to using trackball pointing devices.

In March or April of 2016, I experienced the same pain in my left thumb knuckle that I had experienced in my right thumb knuckle in 2015. I thought maybe going back to using a mouse might work. I purchased a Logitech Performance MX mouse.

However, within days of using that mouse, the pain in my right palm returned. The Logitech MX Performance mouse is designed for righthand use only, so I thought maybe if I bought an ambidexterous mouse and swapped hands that might work better. So I purchased two Logitech Wireless Anywhere Mouse MX mice, one for desktop use and one for laptop use.

The problem with the Logitech Wireless Anywhere Mouse MX was that it was small and I found myself gripping it tightly because of the small size. A marathon Linux install session resulted in the return of pain in my left thumb knuckle and the pain was much worse this time. I had gripped the mouse too tightly for too long. My left thumb knuckle was so painful that I sometimes experienced difficulty washing and drying dishes, gripping hard objects like glass jars, turning faucet knobs, or using a lawnmower. It took a few months for my left thumb knuckle to return to normal.

I also decided it was time to try and find out what was causing the issues with my hands. I went to the Amazon site and searched using the phrase carpal tunnel syndrome under books. I found a book titled, It’s Not Carpal Tunnel Syndrome!: RSI Theory and Therapy for Computer Professionals, written by Suparna Damany, MSPT and Jack Bellis. I was astounded. I finally discovered what had been plaguing my hands all these years. I immediately purchased the book and read it from cover to cover as soon as I received it.

Reading the book, I learned the importance of taking breaks, stretching, relying less on pointing devices, and taking time off when I experienced persistent RSI issues. Additionally, I learned that my experience of going for years without a proper diagnosis is not uncommon. Finally, I also learned that RSI can affect anyone who uses their hands a lot.

There is quite a bit of additional, useful information in the book as well. I highly recommend the book if your are a RSI sufferer or are just curious about the condition and want to learn more about it.

I began using walking sticks in 2018 after a fall that resulted in two painful back episodes. The fall possibly further damaged an already herniated disc in my lumbar spine area. When I felt well enough to commence going for walks again, I used a walking stick. When the weather got colder in December 2018 and January 2019, I wore wool mittens to keep my hands warm. However, the wool mittens made it difficult to grip the walking stick, so I compensated by gripping more tightly. Gripping the walking stick more tightly led to pain on the left side of my left index finger. The pain was bad enough that I was unable to help my wife shovel snow that winter.

In October 2019, I decided to begin a two part blog post on using the Openbox window manager and the Tint2 panel as a desktop environment under Debian Linux. Part 1 details how to install Debian using the network install method. Part 2 details how to add the Openbox window manager, the Tint2 panel, and other packages to create a usable system. I spent a considerable amount of time putting the two posts together and finished part 2 in January 2020. I spent too much time using the keyboard and trackpad and my hands let me know it. I took about a 4-week break after posting part 2.

Yes, I’ve learned from experience that using touchpads can also result in RSI issues. I have issues with the index and middle fingers on both hands when I use standalone touchpads too much. I’ve also recently began experiencing sporadic pain in the palm of my right hand below the ring and pinky fingers and I wonder if that might be due to standalone touchpad usage. I haven’t noticed issues when using the touchpad on my laptop, but I wonder if that will change in the future if newer laptops incorporate the larger touchpads that are now available on the MacBook Pro.

According to the book It’s Not Carpal Tunnel Syndrome!, there is no cure for RSI. It’s something you have to learn to manage and live with, especially if you desire to continue whatever it is that is causing the issue. I love using computers, so I’ve learned techniques that currently allow me to continue using computers. I am also mindful of what my hands are telling me and if they become painful, I try to learn from the experience; e.g. take a break from an activity, stop performing an activity, learn to do things a different way, etc.

Other recommended books on RSI:

Do you have a question or comment? Enter it in the Comment box at the bottom of the page. 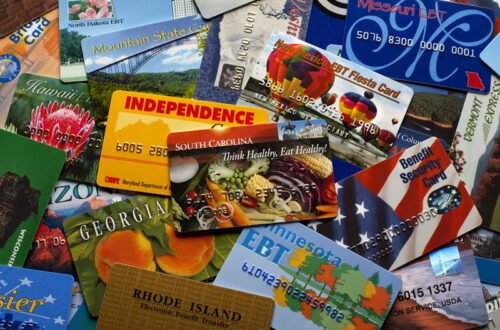 Keep Working Hard So These Fools Can Continue Wasting Your Money 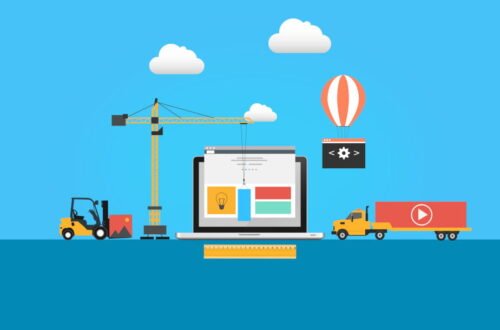 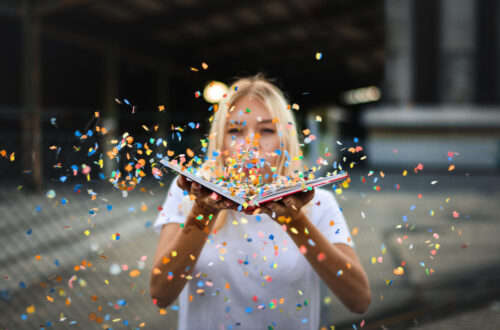